8 Ways to Enjoy Summer in Copenhagen 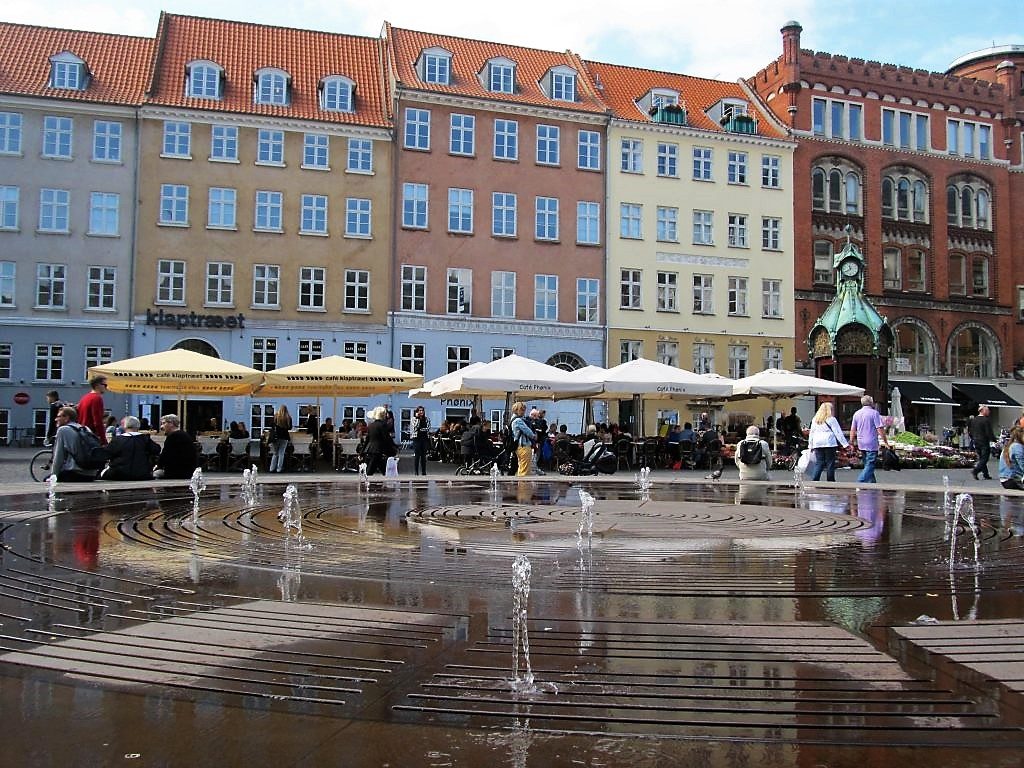 With its historic charm, incredible cuisine, and undeniable sense of style, Copenhagen is a fantastic city no matter what time of year you visit. But there really is something special about Copenhagen in the summertime, when the sun comes out visitors and locals alike can really make the most of what the city has to offer. Here are some of my summer favourites!

Stroll along the waterfront

Copenhagen’s harbour and canals offer plenty of opportunity to spend sunny summer days by the water’s edge. Visiting colourful Nyhavn feels like strolling through a postcard, and the harbour promenade is dotted with both touristic sights and glimpses of local life. 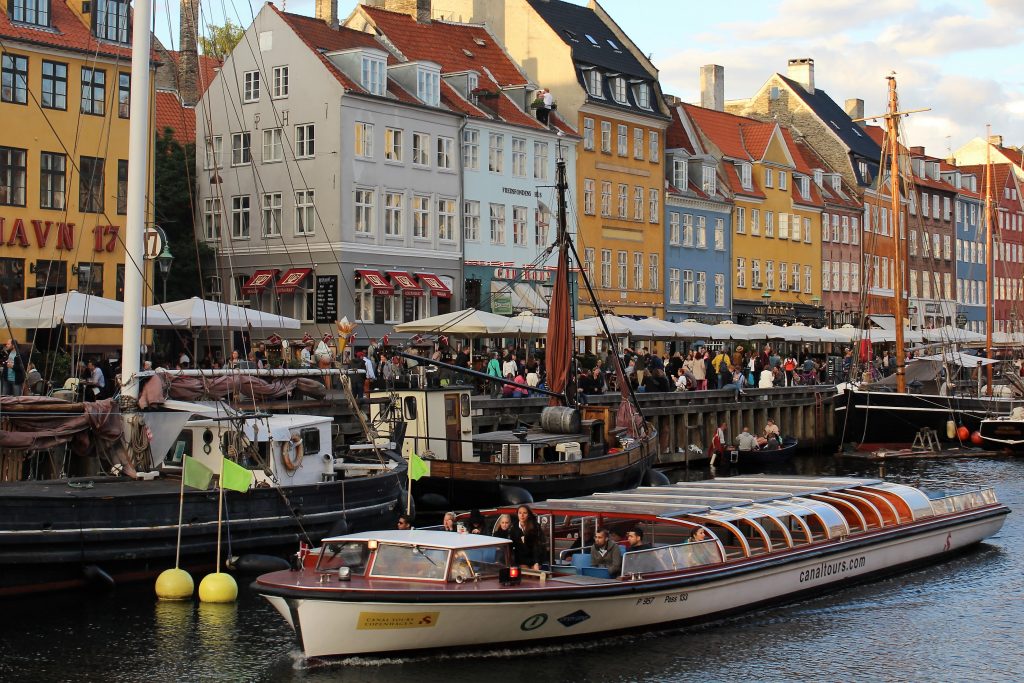 Enjoy Copenhagen from the water with a boat ride along the city’s harbour and canals. The hour-long excursions depart from both Nyhavn and Gammel Strand, and are surprisingly affordable. Take in views of the island of Christianshavn, the Little Mermaid, the Old Stock Exchange, and the canals surrounding Christiansborg Palace – the Danish Parliament. The tours don’t go into too much detail (often they’re narrated in two or three languages), but the views can’t be beat.

Enjoy street food by the harbour

Locals and tourists alike were saddened by the closing of beloved street food market Papirøen (the Paper Island) at the end of 2017. The good news is that Copenhagen Street Food has opened two new spots: the Bridge Street Kitchen, just across the bridge from iconic Nyhavn, and Reffen on Refshaløen. The Bridge is relatively small, but with some great choices, like burgers from Gasoline Grill, gourmet porridge from Grød, and smørrebrød open-faced sandwiches from Palægade. Take the harbour bus over to Reffen for 30+ stalls featuring dishes from around the world as well as some creative workshops. Choices here range from standards like burgers, pizza, and tacosl to more unique dishes like Ghanian peanut butter stew, Filipino-style bao, Icelandic cheesecake, and Hawaiian shave ice. It’s a great atmosphere and the harbour views can’t be beaten. 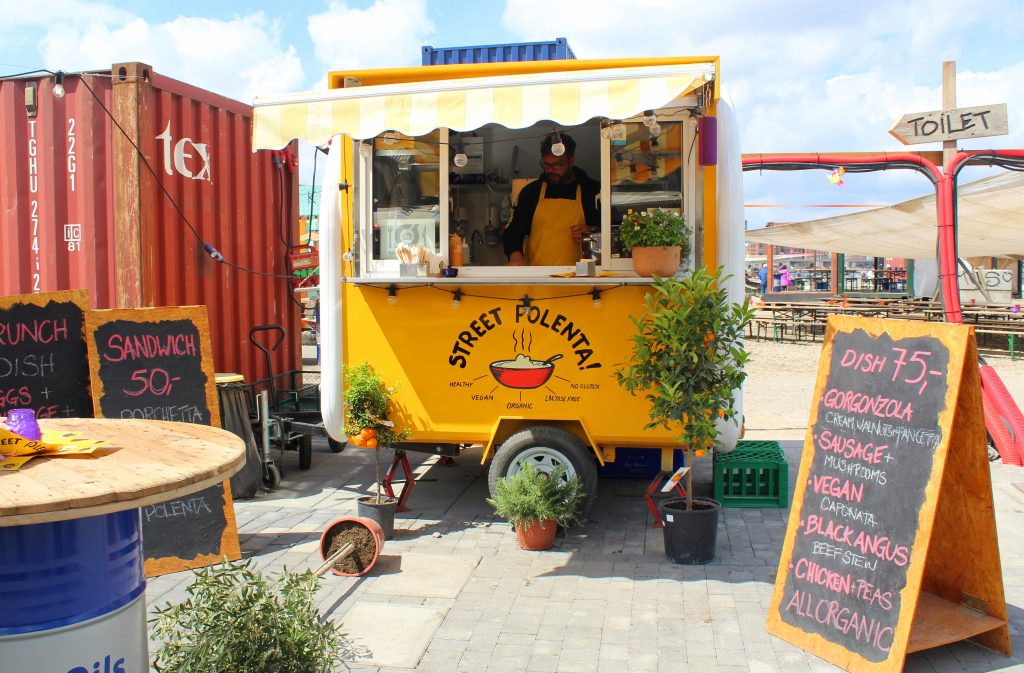 Go for a swim

The waters of Copenhagen’s harbour are incredibly clean, and a popular spot for swimming during the warmer months. There’s even a swimming pool called Havnebadet (the Harbour Bath) built right into the harbour, with different depths of pool and a wooden ship’s bow to leap from. And it’s free! If you want a more beachy experience, hop on the Metro and take a ride out to Amager Strand for swimming, sun tanning, and mini golf, or just a stroll along the waterfront promenade.

Picnic in the parks

As soon as the sun comes out and the days get warmer, locals head to Copenhagen’s green spaces. Right in the heart of the city centre is Kongens Have (the King’s Gardens), the sweeping grounds of charming Rosenborg Castle, the former Royal summer home. Frederiksberg Have is a sprawling park with plenty to enjoy, including a palace, a Chinese pavilion, row boat rides, a blue heron colony, and a viewing area for the elephants of Copenhagen Zoo (be sure to grab an ice cream at Bon Bon Is, too!).  At Assistens Cemetery in Nørrebro, locals take strolls and have picnics among the resting places of Hans Christian Andersen and other notable Danes. It my seem a bit odd at first, but it is truly a beautiful place to explore. 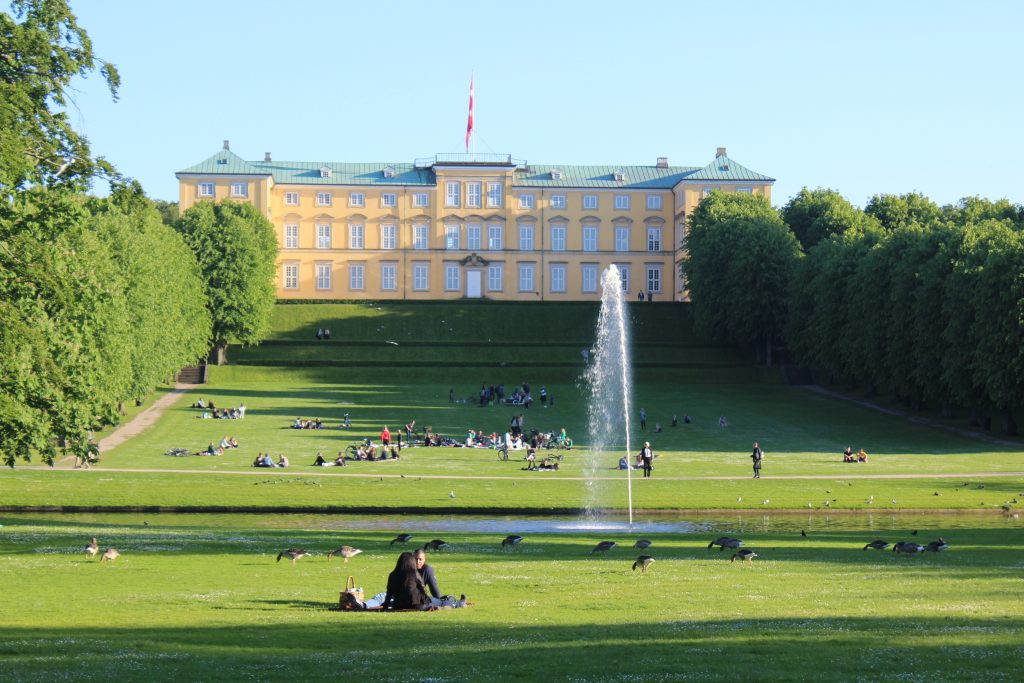 Cool off with a homemade ice cream

There’s nothing better than a cold ice cream on a hot day, especially if it’s homemade. There are several great places in the city centre to get your fix, like Is á Bella at Torvehallerne Market, Østerberg in Vesterbro, and Isobar, right at Nyhavn. You can even get liquid nitrogen ice cream at Nørrebro’s Istid. Wherever you choose to get your ice cream fix, be sure to try local flavours, like licorice, rhubarb, or elderflower! 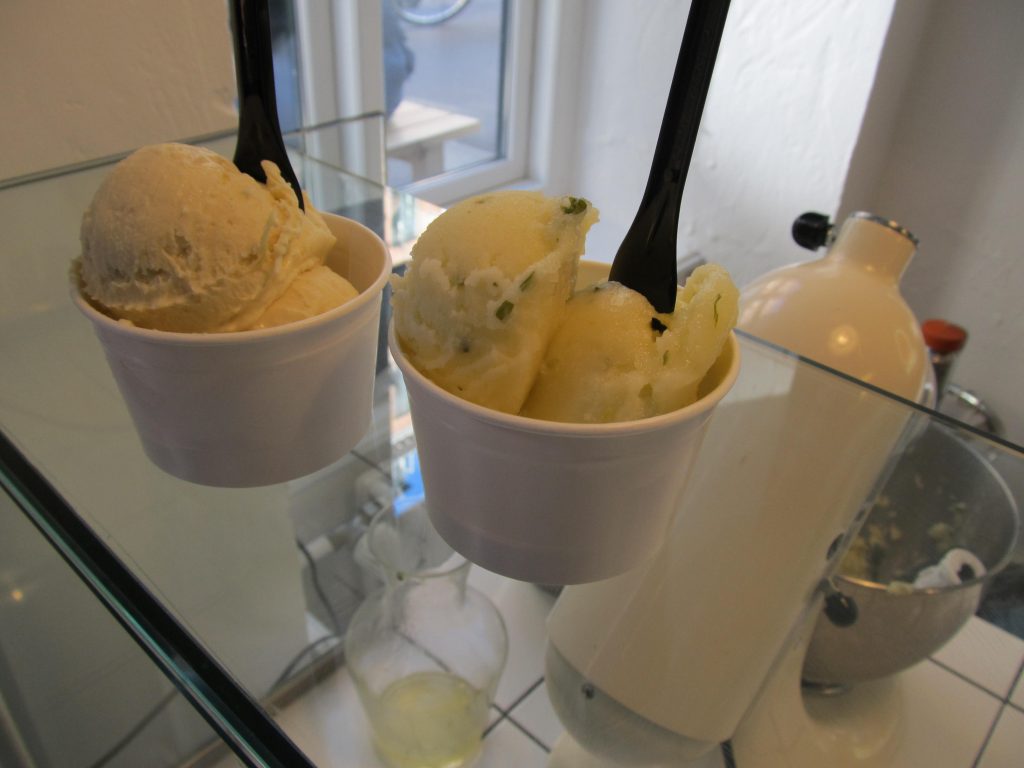 Copenhagen is not just home to three permanent food markets, but there are also plenty of street markets happening throughout the summer.  In hip Vesterbro, the Meatpacking district is home to street food market Kødbyens Mad & Marked every weekend, while nearby Halmtorvet is packed with antiques and other finds on Saturdays. Also on Saturdays, you can find an outdoor market tucked behind Frederiksberg City Hall, while on Sundays, the grounds of the Carlsberg Brewery host the huge Summer Market at Carlsberg. 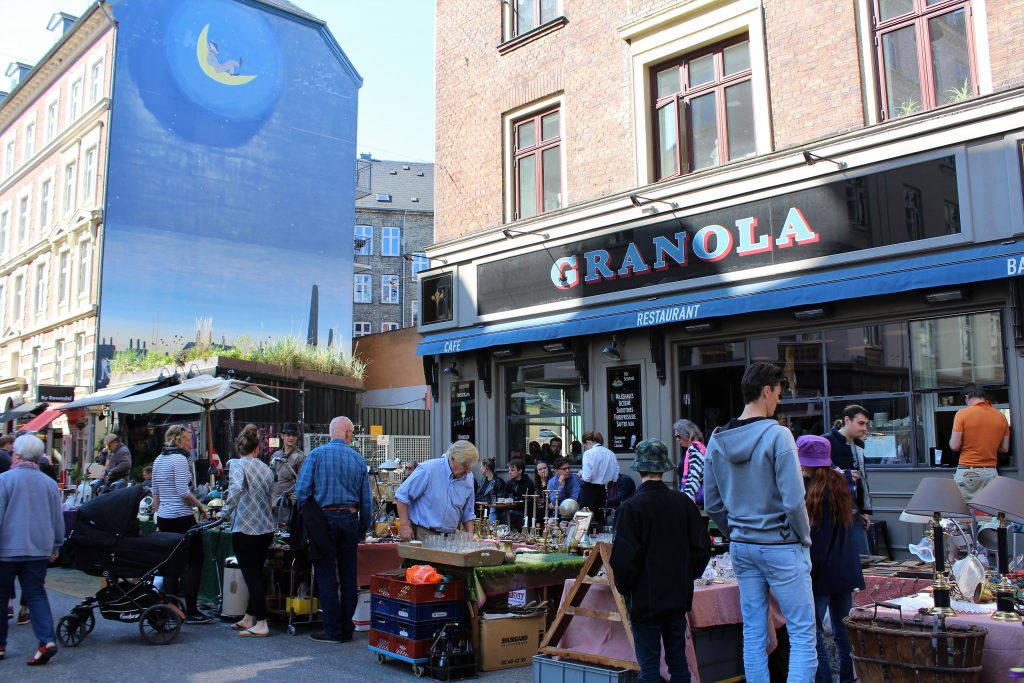 Be a kid again at Tivoli

Tivoli Gardens is the world’s second oldest amusement park and has been enchanting visitors including Hans Christian Andersen and Walt Disney since 1843.  Stroll the gardens, dine at one of the many restaurants (I like the traditional Grøften by the Peacock Theatre), and enjoy rides from the historic to the heart-stopping. The evenings are especially charming, and you can catch fireworks, a water & light show, or a free concert on the open-air stage.

If you’re wondering about the oldest amusement park in the world, that’s in Denmark too! Bakken is only a 30 minute train ride from Copenhagen and is also a great place to spend a summer day. 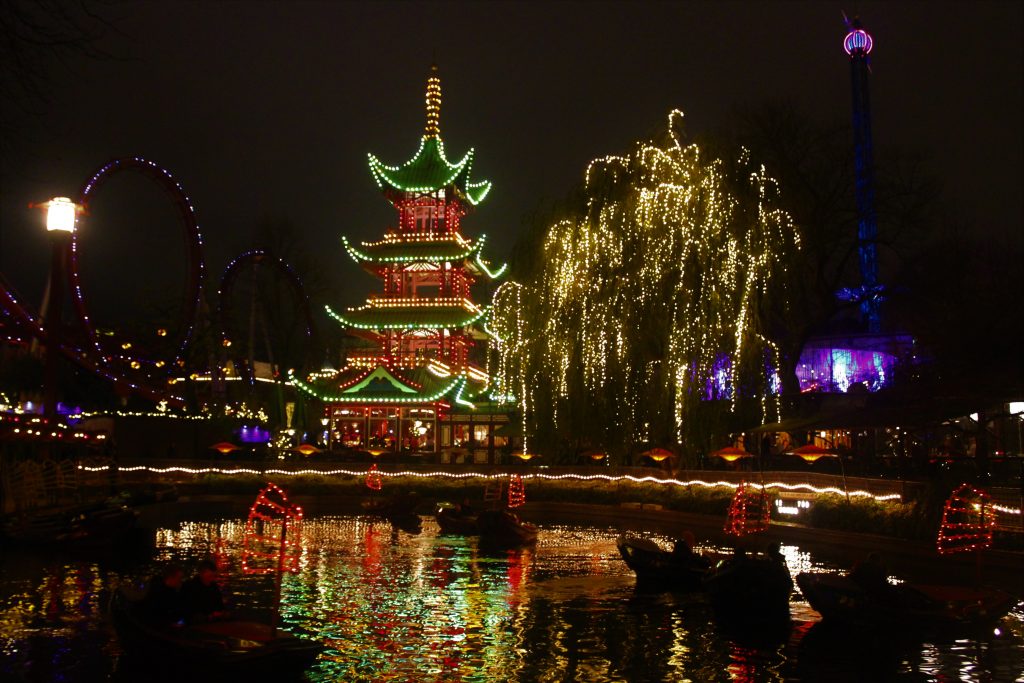 If you have time to explore outside the city centre, jump on the train from Central Station. In under an hour you can be marvelling at the Renaissance castles of Frederiksborg or Kronborg, sailing in a replica Viking ship, or communing with the wild deer of Dyrehavsbakken. You can even head to Sweden for the day! For more about Copenhagen day trips, check out my previous post here. 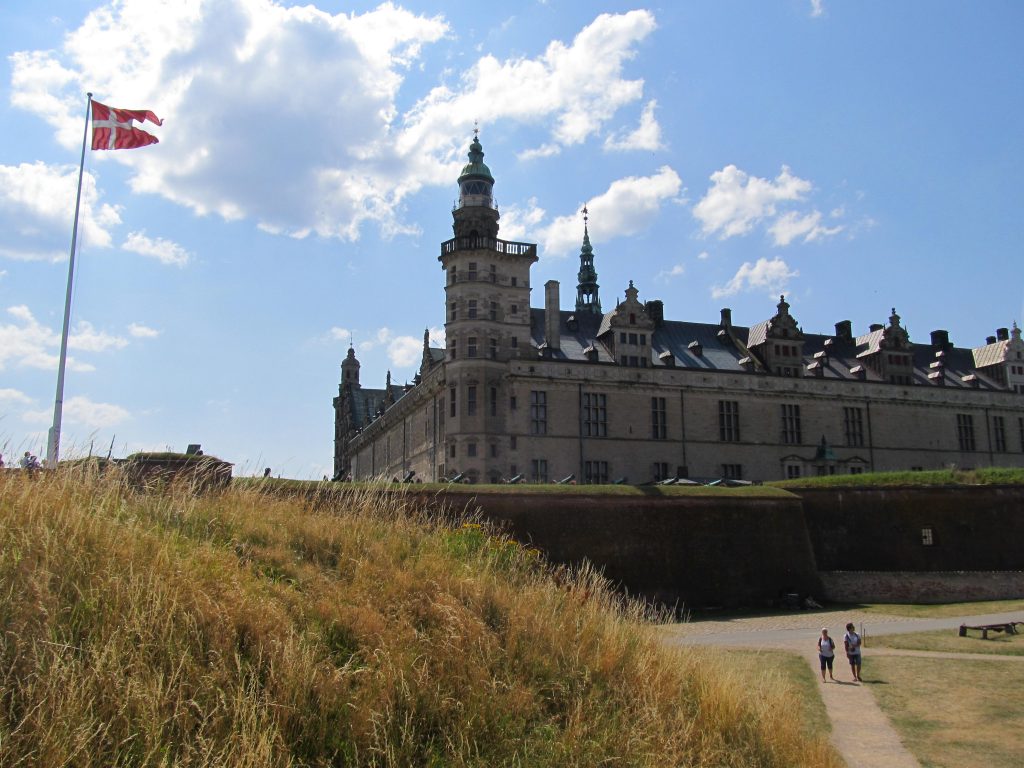 Have a fantastic summer! 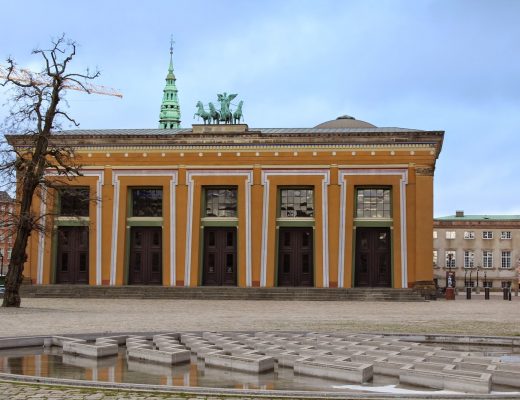 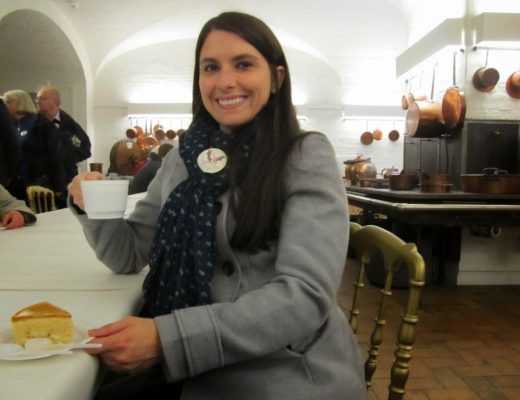