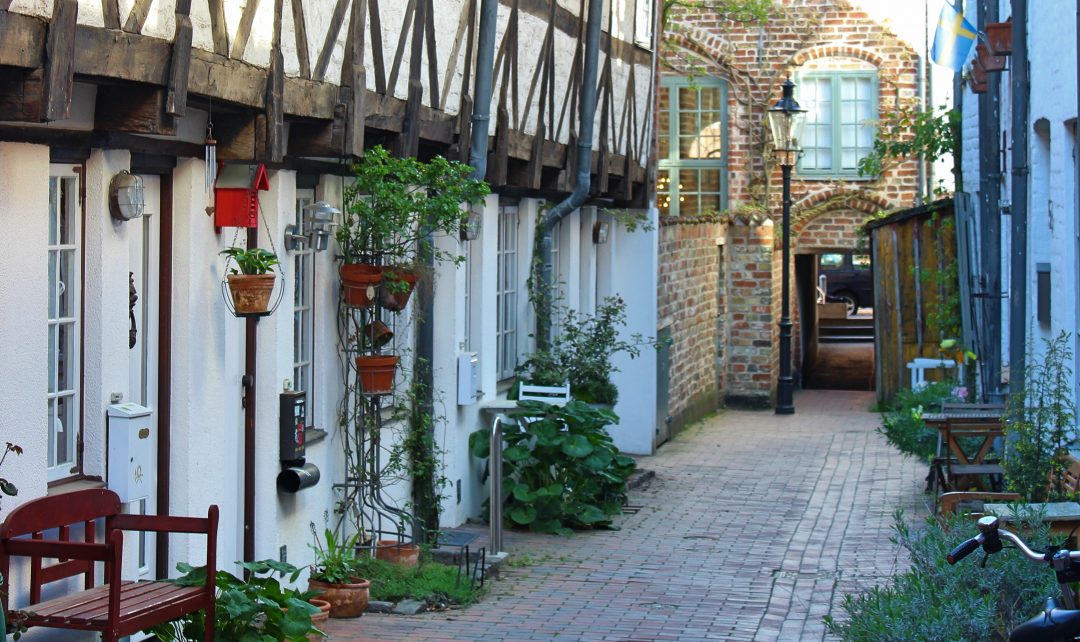 Looking for a meeting point between our little family in Copenhagen and my in-laws in Hanover, Germany, we settled on Lübeck. This historic town seemed like the perfect spot to spend a few family days together while enjoying some European charm. We hopped on the train and in 4 hours had reached the old Northern German trading city, where we spent two fantastic days – Lübeck didn’t disappoint!

Lübeck was founded in the 12th century, and is listed as a UNESCO World Heritage Site. The city’s charming Old Town has a unique setting, on an island once protected by city walls and gates, and surrounded by rivers and a canal. This old trading city is a wonderful place to spent a day or two exploring the cobblestone streets and narrow passageways, and just enjoying the historic atmosphere. Less than an hour from Hamburg, and on the route to Copenhagen, Lübeck is easily reached on your European travels. Here are the some of the best places to enjoy in lovely Lübeck.

Heart of the City

The heart of Lübeck’s Old Town is Markt Lübeck, the market square and home of the Rathaus (City Hall). Lübeck’s impressive Rathaus originally dates to 1230 and is recognized as one of the most beautiful in Germany; make sure to look closely to enjoy all of the details, from ornate woodwork to quirky carvings and door handles. The square is home to several cafés with outdoor seating, including the venerable Ratskeller zu Lübeck, serving up traditional German food. For a look inside the Rathaus, tours are available daily.

The pedestrian shopping street of Breitstrasse runs along the Markt, and just steps from the Rathaus, you can try an authentic flammekuchen (flaky pastry with cream, ham, and onions – sort of a German-style pizza) at Wiener Kaffehaus or shop for delicious local goodies like marzipan tea or spice mixes at Lübeck Tee Kontor. Across from the Rathaus runs Hüxstrasse, a lively street packed with shops and cafés. We stayed at the Motel One right on the Markt and were very happy with the hotel, the price, and the location, which was perfect for exploring the Old Town.

Lübeck’s most iconic feature is Holstentor, the massive brick gate constructed in the 15th century, both for defense and a symbol of prestige. Two huge rounded towers bookend the rounded gate, which bears the golden inscription Concordia Domi Foris Pax (Unity at Home, Peace Abroad), and two lions stand watch. Inside the gate is a museum with a permanent exhibition, The Power of Trade, which focuses on the era of the Hanseatic League and Lübeck as a successful merchant city. The green space in front of the gate is lined with canons and is a popular spot for photos or a break. Next to the gate is Salzspeicher – a series of former salt warehouses dating as far back as the 16th century, which today are home to retails shops.

Crossing the Holsten Bridge, you can get scenic views of these buildings along the waters of the Trave River. A great place to enjoy traditional local food here is Potters, which does a very tasty schnitzel. Old Town Lübeck has two other historic gates – Burgtor at the north end, and Kaisertor at the south end. Burgtor lies near the maritime area of the town, while Kaisertor has a historic water mill and Lübeck Cathedral nearby.

Lübeck’s small Old Town is packed with churches, but interestingly enough, it’s not Lübeck Cathedral that’s the iconic church of the city, but Marienkirche (St Mary’s Church). This massive 13th-century Gothic church is the third-largest in Germany and lies just off Lübeck Markt. Marienkirche has an intriguing local legend attached to it: that the Devil stopped by the church while it was under construction, and to keep from angering him, the workers told the Devil they were building a tavern. The Devil offered to help build the bar, but when the church was nearly finished, the Devil realized what they were really building, and threw a stone slab to the ground in anger. The slab, supposedly marked with the Devil’s claw marks, still lies next to the church, and a cheeky statue was added in 1999. To placate the Devil and keep him from destroying Marienkirchen, they built the Ratskeller tavern next door.

Inside Marienkirche, the ceilings are painted with incredible frescoes, there is a beautiful astronomical clock, and the largest mechanical organ in world. You can also find the tower bell that crashed to the ground during Allied air raids in 1942 and was left in place. Admission to the church is 2€ and there are guided tours daily.

Perhaps the nicest way to spend time in Lübeck is simply strolling the cobblestone streets, admiring the historic buildings and exploring the hidden passageways. In the Middle Ages, as Lübeck grew, these small passageways were built into houses so that the area behind could be developed. Seek out these tiny doorways and follow the narrow paths to charming gardens and old homes, some of which date back 400 years. Some fantastic areas to explore are between Fischergrube and Engelsgrube, and along Langer Lohberg to Glockengiessestrasse. Just keep in mind that these areas are peoples’ homes and respect and care should be shown.

Tucked away between Holstentor and Lübeck Markt are the picturesque winding streets of Kolk and Kleine Petersgrube, and if you are exploring the previously-mentioned shopping street of Hüxstrasse, continue to end and take a stroll along An der Mauer. Literally meaning ‘Along the Wall’ this street takes you along the former city limits. Some ruins still remain, including an old tower built into a house.

Lübeck is famed for its marzipan, and Niederegger is a beloved local brand founded in 1806. Set across from the Rathaus, Café Niederegger features a shop on the ground floor and a salon upstairs. The shop is a wonderland of marzipan, chocolate, nougat and truffles, as well as cakes and ice cream to-go. A range of unusual marzipan flavours can be found here, including espresso, pistachio, and apple calvados. Upstairs is the fabulous Salon, where you can choose a slice of cake from a mouth-watering display, and can even enjoy marzipan hot chocolate (delicious!), coffees and teas. I took home the ‘Marzipan Minis’ box, featuring flavours like vanilla toffee, cheesecake, and caramel brownies, as well as a box of marzipan hot chocolate sachets. 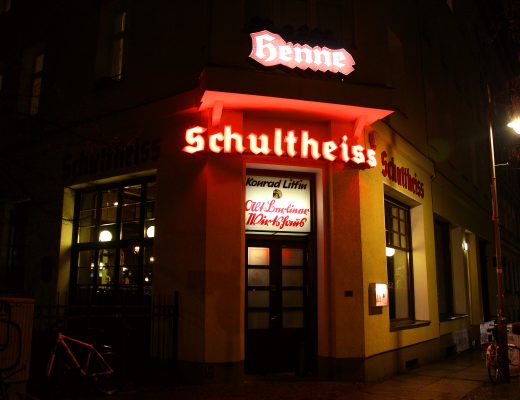 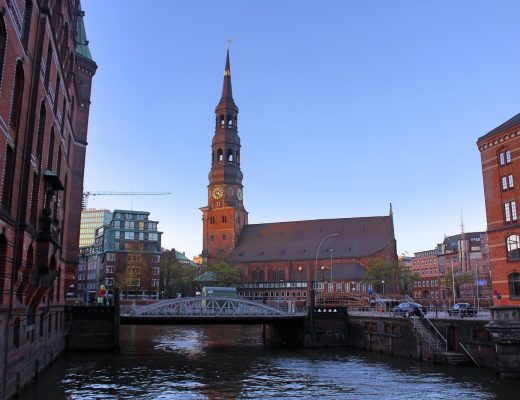